With their latest release – October 2017’s Having An Undead Summer EP;  THE UNDEAD are preparing to embark on a series of mini-tours throughout 2018, beginning with California in early April.

With 2015’s “The Morgue… The Merrier” in stores, and after 35 Plus years of bringing their style of punk rock to fans worldwide there is no sign of letting up.

Due to unforeseen circumstances, THE UNDEAD’s current studio project has been put on hold. We’ve been working with some GREAT GUESTS – from some of the best known punk & metal acts of the 70s to today, including BLACK FLAG, CIRCLE JERKS, BUZZCOCKS, MEGADETH, GUNSnROSES…

We’re honored to be working with these legends, and look forward to completing this project.

In January 1981, the Lower East Side was one of New York City’s most dangerous, drug infested neighborhoods…a forgotten and long neglected slum. But something was about to happen that would ultimately rocket this square mile of Hell to international prominence in the art world, and change it forever. 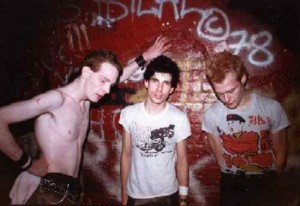 That “something” was the debut performance of a new band, THE UNDEAD, formed by Bobby Steele, the famously exiled guitarist of one of New York’s most notorious punk bands, THE MISFITS. Bobby had been relegated to finding THE UNDEAD a new venue after being banished from every established NYC nightclub because, he says, of a few “minor” substance fueled indiscretions…

Bobby had moved to the Lower East Side two years earlier, and quickly became familiar with its desolate streets, where few outsiders dared to set foot…unless it was to buy heroin…or die tryin’. Always “The Misfit,” Bobby stood out in the neighborhood…a target of scorn for the deviant hoodlum locals who shouted racial epithets when they saw him. Bobby really didn’t have to work hard to establish a reputation among his neighbors…that crazy Gringo…like walking the dark streets one night  carrying a 6-foot long, hooked meat rack that he’d found lying by a dumpster – thinking it’d make a cool decoration for his apartment.

“My music was heavily inspired by my experiences living in NYC’s East Village – from the drugs, to crime, and the desperation of poverty … though I generally chose to poke fun at these negative situations. I’ve always had a knack for laughing at my worst predicaments.”

The Birth of NYHC Scene

Bobby had noticed what appeared to be an old-fashioned “speakeasy” on the corner of Avenue A and East 7th Street…The A7 Club. So, after recording his new band’s first demo, he brought a copy to the club’s owner, and convinced him to book them for a Friday night gig. On January 31, 1981 THE UNDEAD debuted to a packed house.

Thanks to some creative, aggressive promotion, the small venue was overwhelmed by the 80 paying punks who came to see THE UNDEAD…and what they witnessed that Friday night was the birth of the New York Hardcore Punk scene! In time, the NYHC Scene had grown…festered…into what is now the EAST VILLAGE…recognized as one of the leading tourist destinations in the world. 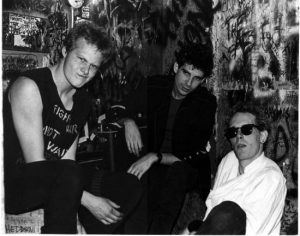 THE UNDEAD was the first band out of the NYHC scene to ink a recording contract with a prominent label…STIFF RECORDS…the seminal British punk record label that had launched the careers of THE DAMNED, MOTORHEAD, THE GO-GOs, ELVIS COSTELLO, and numerous legendary punk acts. Getting the label’s attention, in true Undead style, began by the band crashing a party at STIFF’S new Soho offices, and graffiti-ing every inch of available wall space. The result was that STIFF representatives went to see THE UNDEAD, opening for THE MISFITS at the RITZ on December 17, 1981…and immediately arranged to meet with the band and discuss a contract. 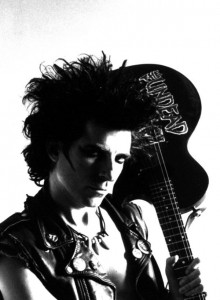 THE UNDEAD would lay claim to numerous “firsts”…fighting oppressive forces every step of the way. Openly “blacklisted” by an industry that resents his strong will and sense of independence, Bobby has managed to operate on the fringes of the legitimate record industry. When he inadvertently  laid the groundwork for the “Indie Revolution” in the 1990s, Steele, the anger magnet, really provoked the bean counters at the majors.

One prominent industry insider told Bobby, “You are a phenomenon. That’s something we all agree on. We also have agreed that you will NEVER get a record deal.” Statements like this one would have led any sensible artist to give up…then and there. But Bobby is not always sensible…he chooses to do what he wants, and he accepted the comment a challenge. He had shown the experts, and made a success of an album they all told him “sucked and would never sell.” On the day of its release, ACT YOUR RAGE sold out its first pressing of 6,000 units, and broke the 10,000 unit mark in under 8 months…while labels that had blown off the release were boasting that their best-selling title broke the 2,000 mark “after only 2 years.”

The drugs and violence have been replaced with good, clean fun – thanks in large part to Bobby’s marriage to Diana Steele; as the two collaborate to make this the best era of THE UNDEAD. If you’ve been following us on Facebook, you already know that Diana has been diagnosed with Liver Cancer, and has been undergoing treatment. Once she beats it, and the Covid19 issue clears up, THE UNDEAD will return.

Due to the Covid 19 outbreak we have no pending shows

Make sure this account has posts available on instagram.com.

If you're placing an order for multiple items from somewhere outside of the United States, get in touch via the contact form to hammer out shipping details. Dismiss